Lebanon is deeply divided by sect. A few months after the viral sensation, "Epic Split" featuring Jean Claude Van Damme, we used the content to create a successul, viral post to declare that our nation does not need an epic split.

Eid Al Adha is known to be a religious day whereby sheep are often slaughtered and sacrificed. To communicate Volvo's auto-brake technology, we created a humorous, topical post.

Volvo was voted the #1 car in Germany, at a time when our biggest competitors were German cars. With that news, we stated the obvious. 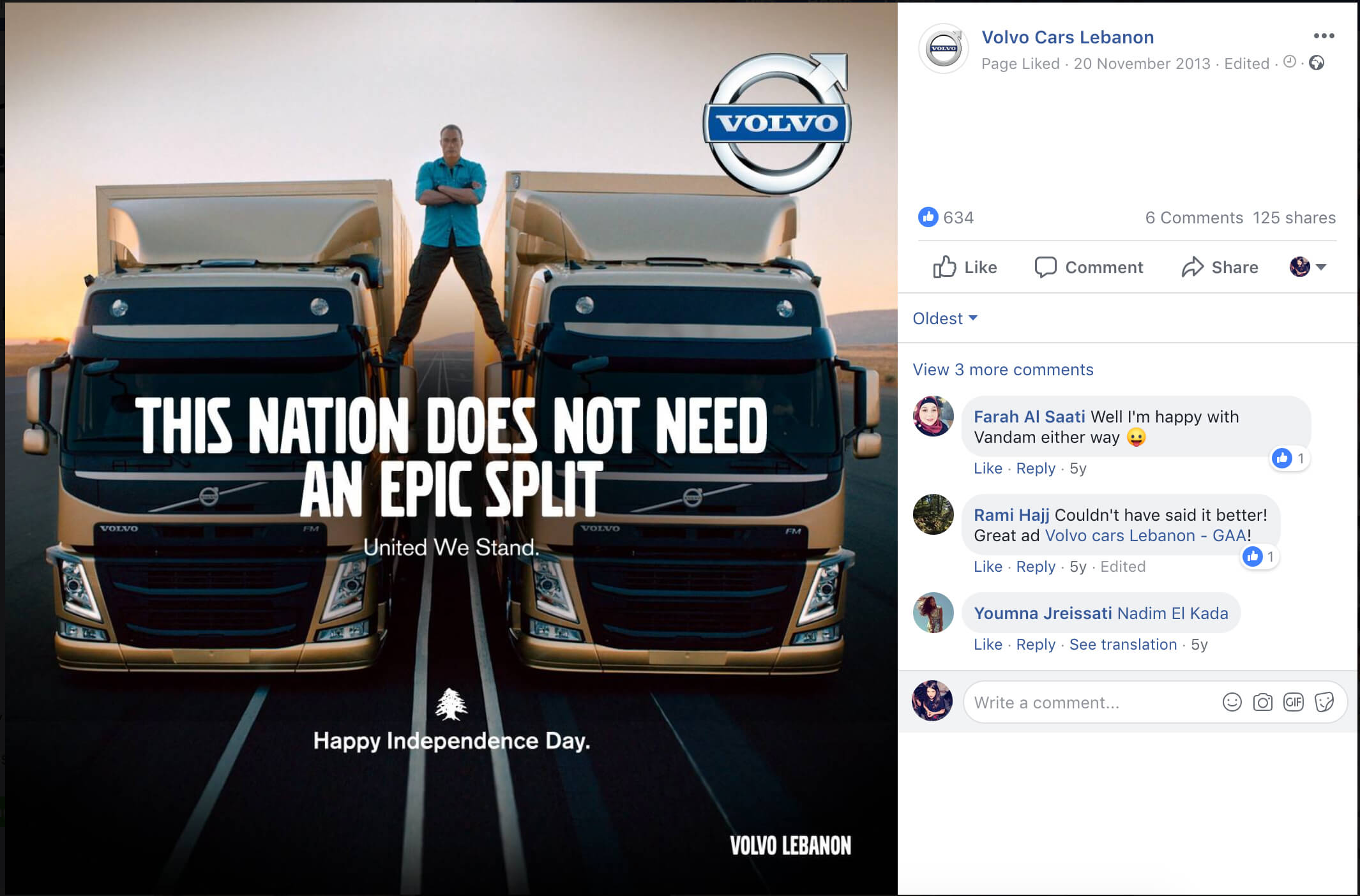