Since 2015, Lebanon has been drowning in its own waste. The government's inability to manage garbage saw rivers and flames of trash taking over the country.

Conversely, Sweden was suffering from a different sort of trash crisis. It was in need of trash in order to power its own country.

Under the name of Absolut, and inspired by their Swedish philosophy of sustainability, I devised a solution and system for Lebanon to export its trash to Absolut's home of Sweden.

For every container of Absolut Vodka brought to Lebanon from Sweden, we would send back tonnes of sorted waste in these containers from Lebanon. This would both help create a cleaner Lebanon and power Swedish towns, all while establishing Absolut's philosophy of sustainability and transparency. 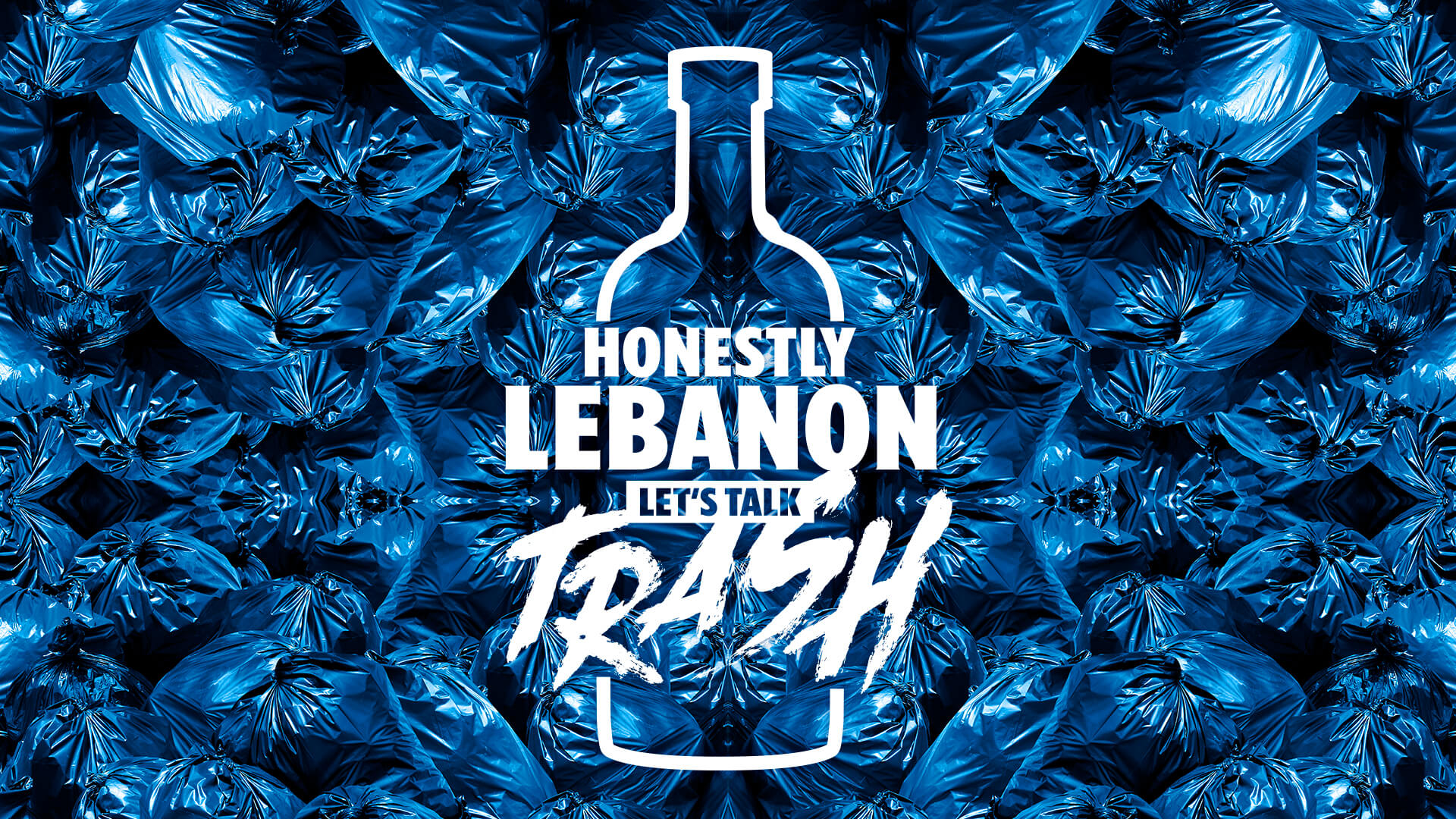 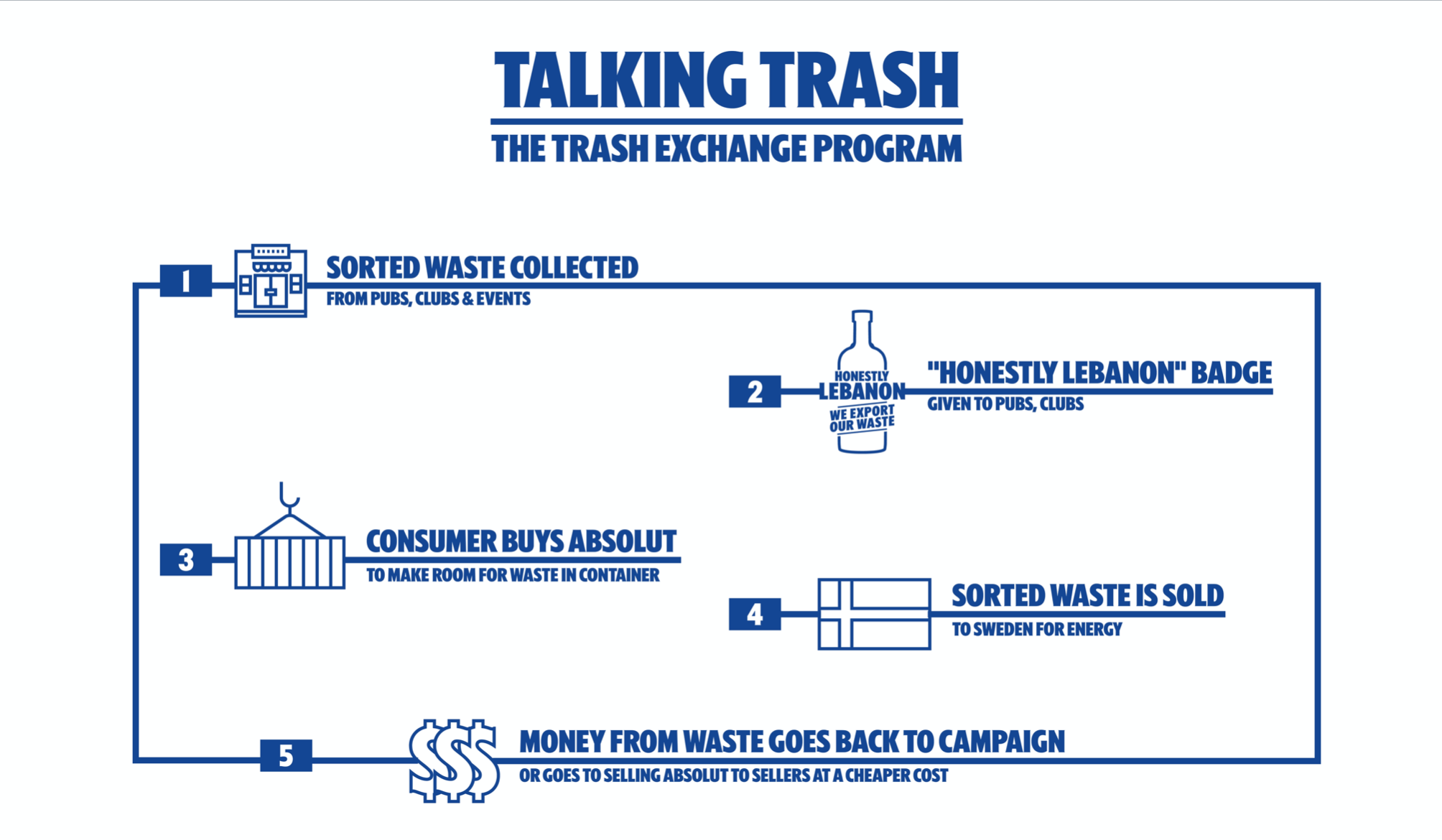 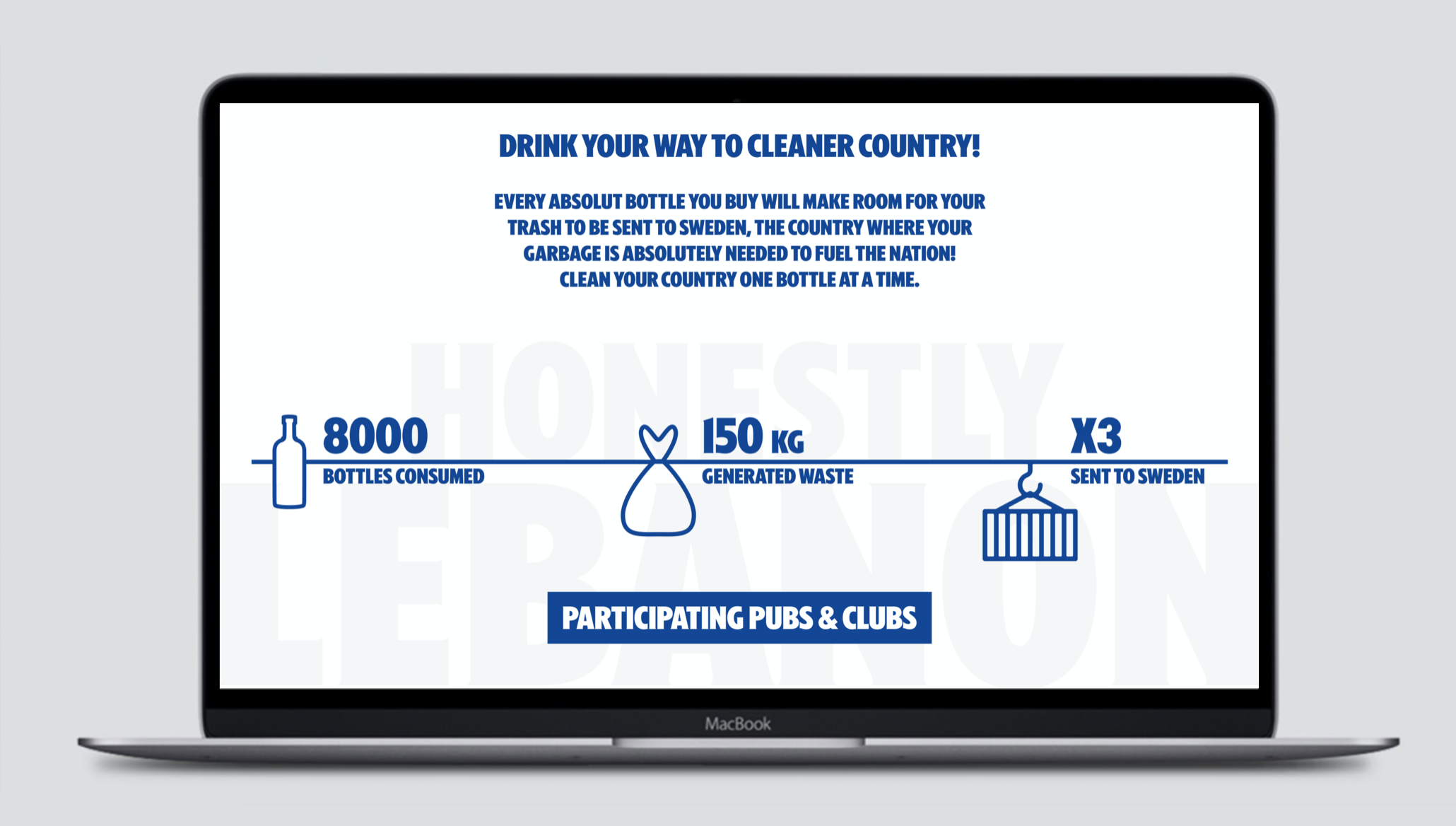